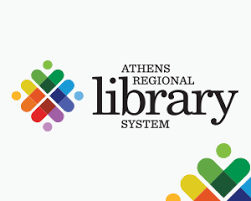 ATHENS, Ga. — The public is invited to a panel discussion featuring the editors of Seen/Unseen: Hidden Lives in a Community of Enslaved Georgians at Athens-Clarke County Library Sunday, June 26, at 3:00 p.m.

Historians Christopher Lawton, Laura Nelson and Randy Reid will discuss their book, published by UGA Press, in their first in-person talk and book signing. This free event is presented by the library’s Heritage Room, the Athens Historical Society, and the TRR Cobb House.

Seen/Unseen: Hidden Lives in a Community of Enslaved Georgians is a vivid portrait of the complex network that created, held, and sustained a community of the enslaved. The hundreds of men and women kept in bondage by the Cobb-Lamar family, one of the wealthiest and most politically prominent families in antebellum America, labored in households and on plantations that spanned Georgia. Fragments of their lives were captured in thousands of letters written between family members, who recorded the external experiences of the enslaved but never fully reckoned with their humanity. Drawn together for the first time, these fragments reveal a community that maintained bonds of affection, kinship, and support across vast distances of space, striving to make their experiences in slavery more bearable.

Lawton, Nelson and Reid have meticulously excavated the vast Cobb Family Papers at the University of Georgia to introduce into the historical record the lives of Aggy Carter and her father George, Rachel Lamar Cole, Alfred Putnam, Berry Robinson, Bob Scott, and Sylvia Shropshire and her daughter Polly. Each experienced enslavement in ways that were at once both remarkably different and similar. Seen/Unseen tells their stories through four interconnected chapters, each supported by a careful selection of primary source documents and letters. After mapping the underlying structures that supported the wealth and power of the Cobb-Lamar family, the authors then explore how those same pathways were used by the enslaved to function within the existing system, confront the limitations placed on them, challenge what they felt were its worst injustices, and try to shape the boundaries of their own lives. Books will be available for purchase and signing.

This event is free and open to the public. The Athens-Clarke County Library is located at 2025 Baxter Street, Athens. Call the library at 706-613-3650 for more information.